This week in the blog, we’ll meet the man behind the company: Nicolò Fisogni, CEO and founder of SurveYeah. This is a story of how statistics meet people – and we’ll also talk about beer. Welcome aboard!

When Nicolò Fisogni was a finance student in Milan, Northern Italy, he used to fill in consumer surveys – without having an idea that he would end up building a company around them later in life.

“I was a student, I had free time and appreciated the gift vouchers. I also participated in focus groups, where a dozen of people share their views in a group discussion. I suppose one of the panels was about beer, and I was given gasoline vouchers as compensation”, Fisogni tells.

From finance to statistics

He started his studies in finance but switched to statistics, since his professors saw his ability to work with numbers. After graduation he found a job in a consulting company, but the days were long and he felt the need to try something different.

Fisogni found a job in a start-up that ran consumer panels. There he started to think that he could run a company in the field himself, too.

“Starting an enterprise was definitely a leap but it wasn’t too scary, because I knew the field. I knew my numbers: how much it costs to run the panel and what the revenue expectations are like.”

As the Surveyeah founder and CEO he gets to combine his statistics studies with people: he gets to help companies and organizations understand what consumers want and how to serve them better.

The company found its name thanks to a suggestion made by a friend Joaquim. For marketing, Fisogni got inspired by beer:

“I was inspired by the smiling ‘e’s of Heineken logo and wanted the same effect to my own!”

Surveyeah is a very international enterprise with panelists in 123 countries. Also the team in international, and Fisogni himself shares his time between his two homes: one in Milan and another in Geneva, Switzerland.

And running Surveyeah is not his only job: his company also organizes events, such as marriages and corporate events in his childhood home (www.museo-fisogni.org), where his parents still live.

“But luckily I’ve got good staff running things there so that I can concentrate on Surveyeah, Fisogni tells.”

Are you not a panelist yet? Check this post on why you should join a panel! 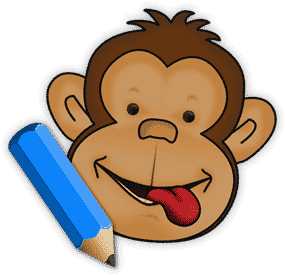 Did you find this article interesting or useful?
Share!

Login to your profile

Not a registered user?

Register, fill in the surveys and receive a credit on your account

How often do you receive surveys?

It could be every week. Depending on customer demand you could receive between 2 and 4 per month.

READ ALL THE FAQs